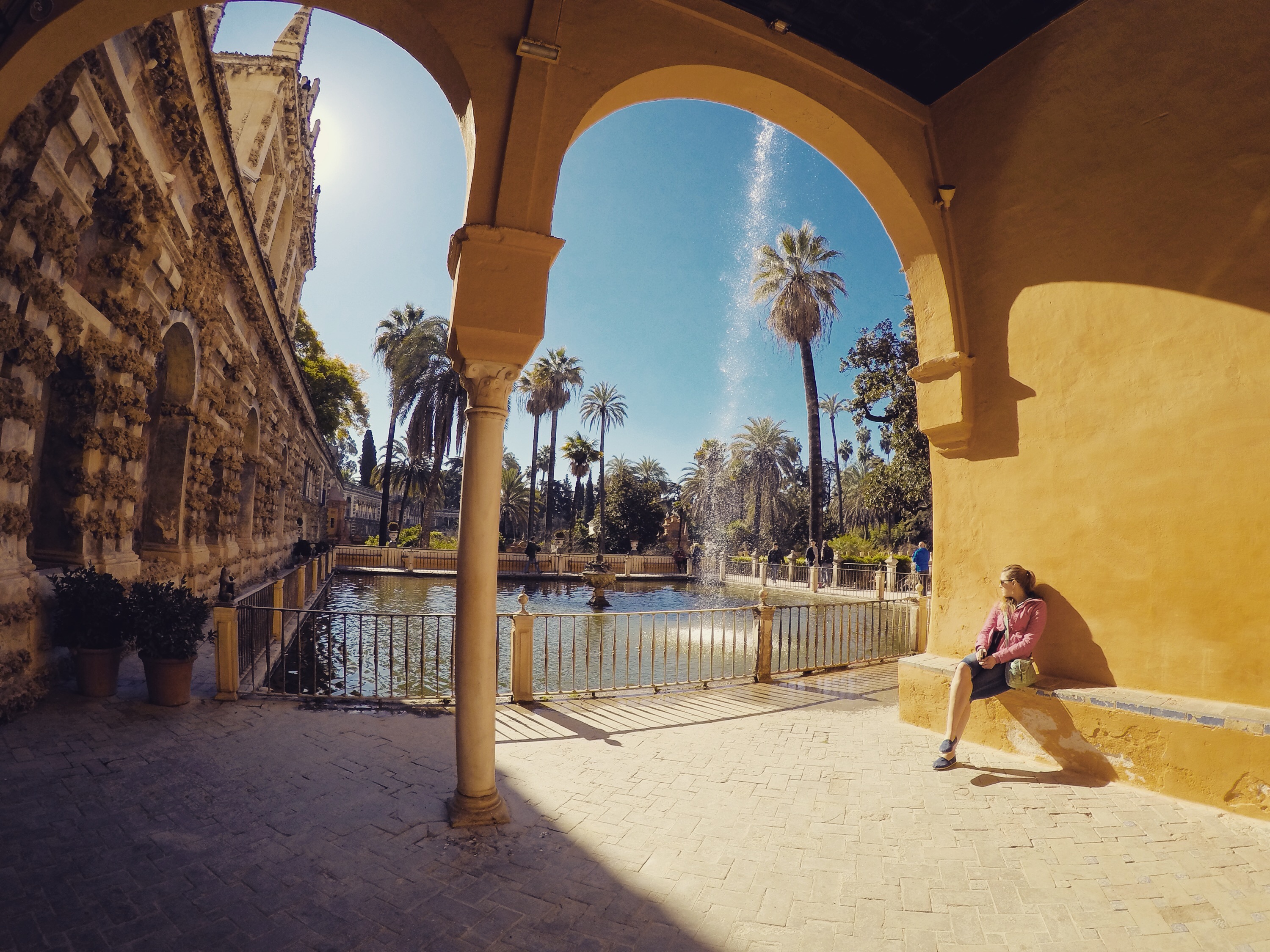 Cities are never really my first choice for a travel destination. I like landscape, greenery and fresh air. But! For Seville I will certainly make an exception! Seville is one of the largest historical centres in Europe. The funny thing is, it manages to be completely functional as an everyday city while 2000 years worth of history sits still watching the world go by. There seems to be an obvious line between the old inner city and the newer outer city. We stayed just outside the old city in the Hotel Sevilla Centre. With a fantastic view of the old centre, a 2 minute walk to the metro and roof terrace overlooking the city – it was the perfect choice. 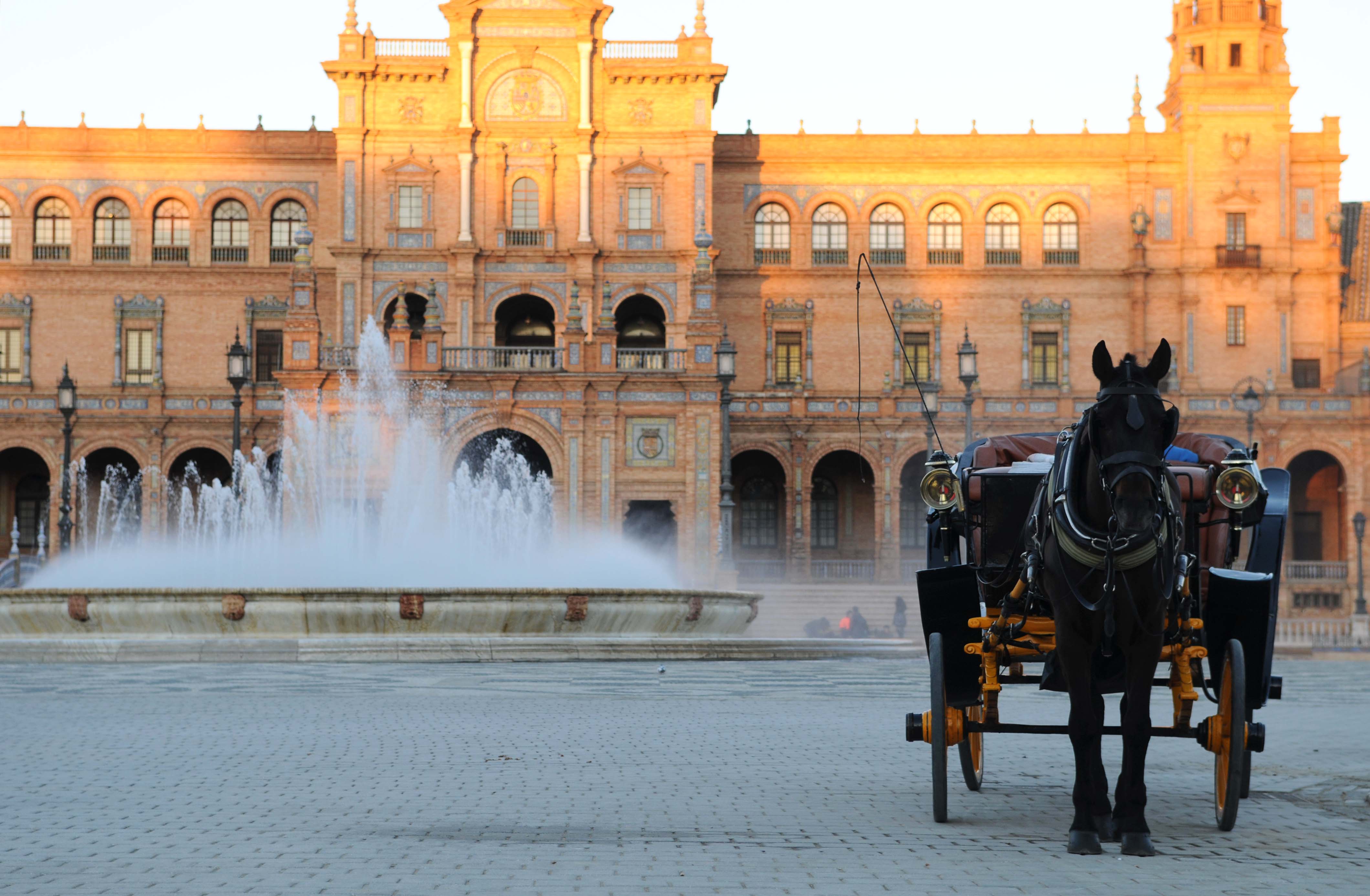 As is the case with impromptu city escapes, there was plenty to see and not a lot of time to see it.

We started off that evening walking to the Plaza De Espana. The sun was setting, which made the place glow, a perfect time to visit the Plaza. The tourists were minimal so the photos weren’t crowed, which is exactly how I like it.  What an incredibly large building!  It was like walking into a Renaissance film set, until you get up close to the structure and realise it is very real with impeccable detail in every piece. 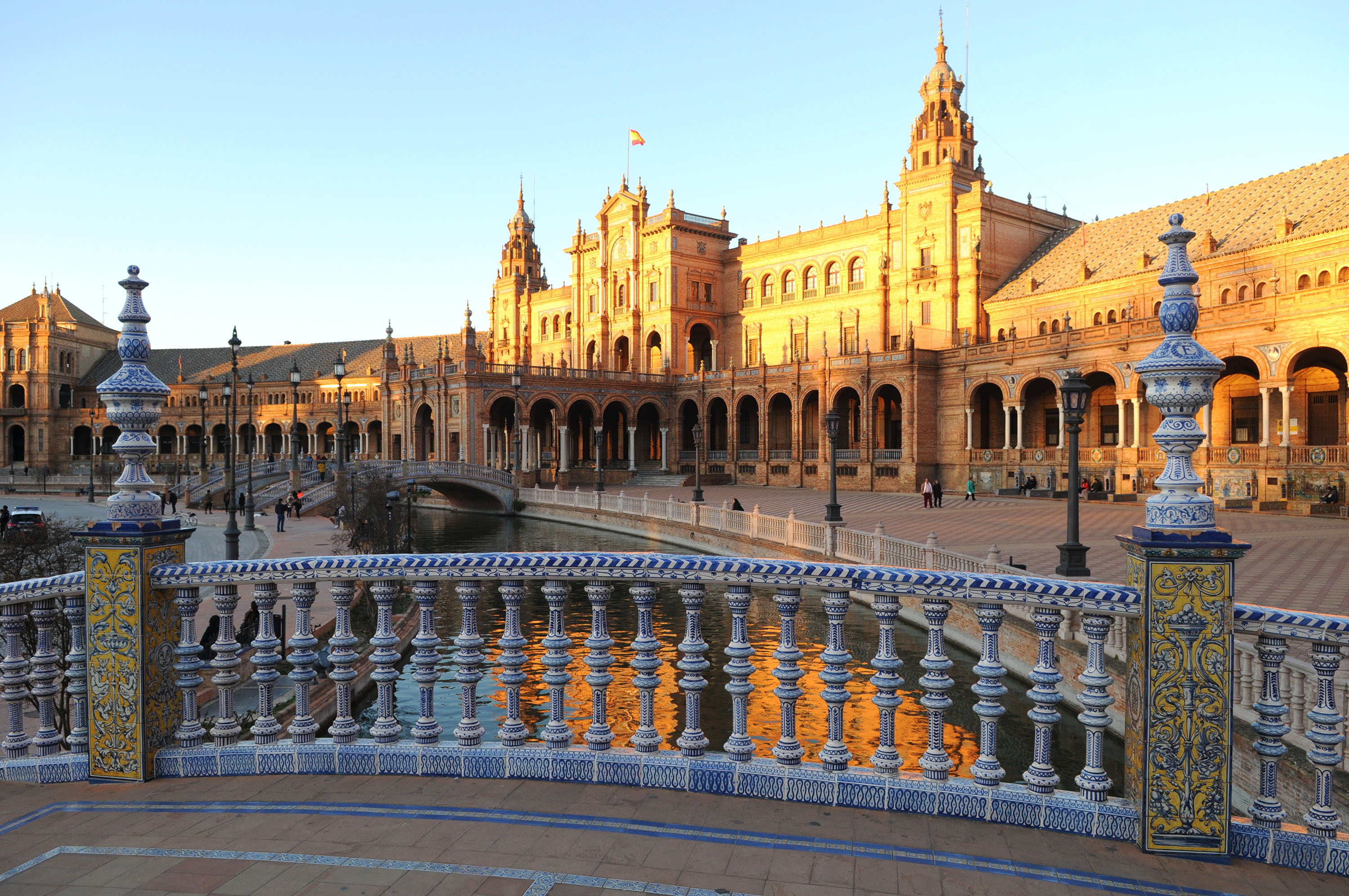 The detail on the bridges, the colours in the tiles and even the patterns on the stones make this a really stunning piece of work!

We had a lot of ground to cover the next day.  It started off at the Alcazar gardens, the oldest palace in Europe, built in 913.    First impressions show an incredibly well preserved site.  The detail in which would blow you away.  Every room we entered – every wall, every ceiling and window ledge – was beautifully designed.  You cannot help but think how much work and talent went into compiling such a place. 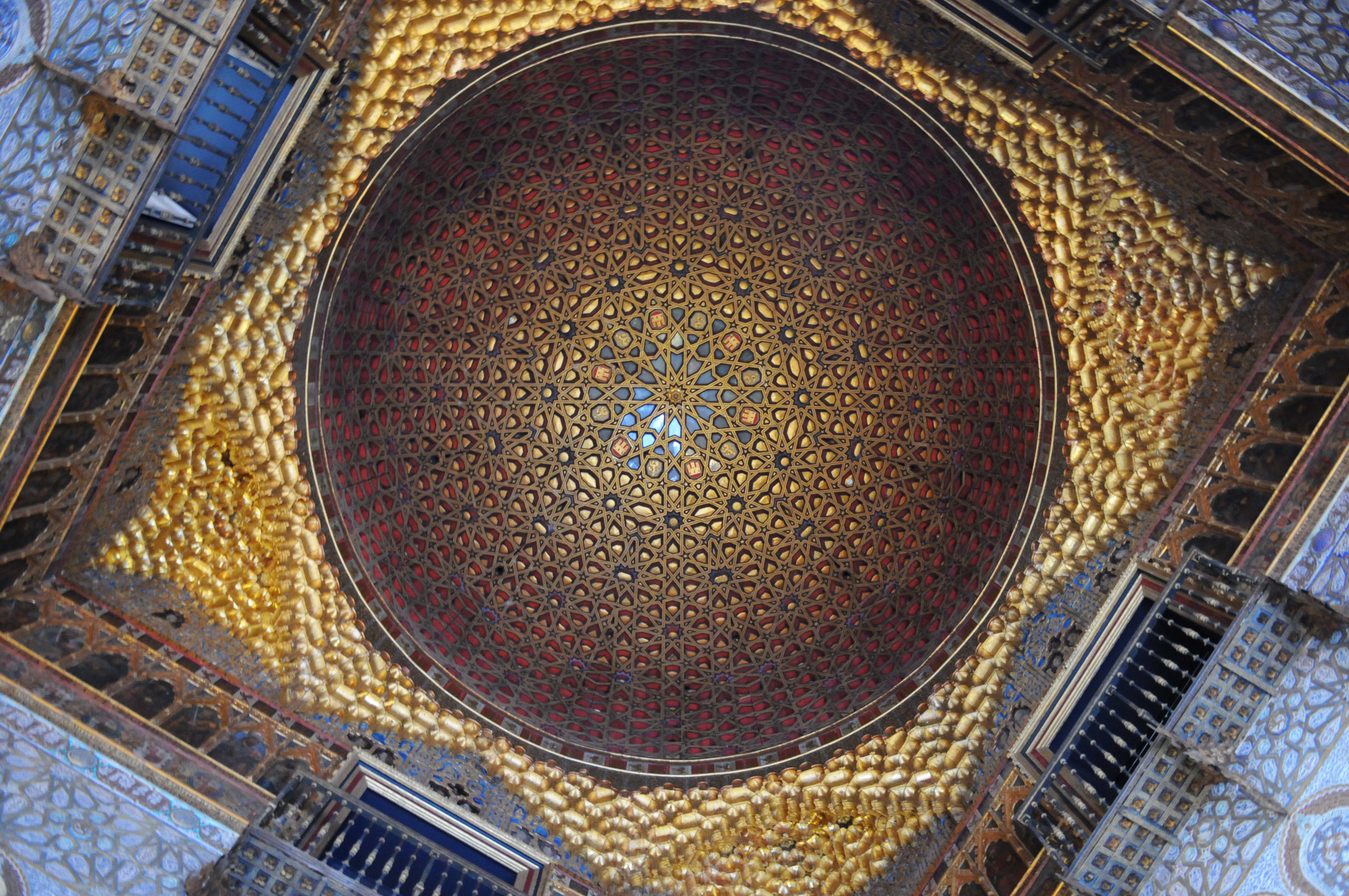 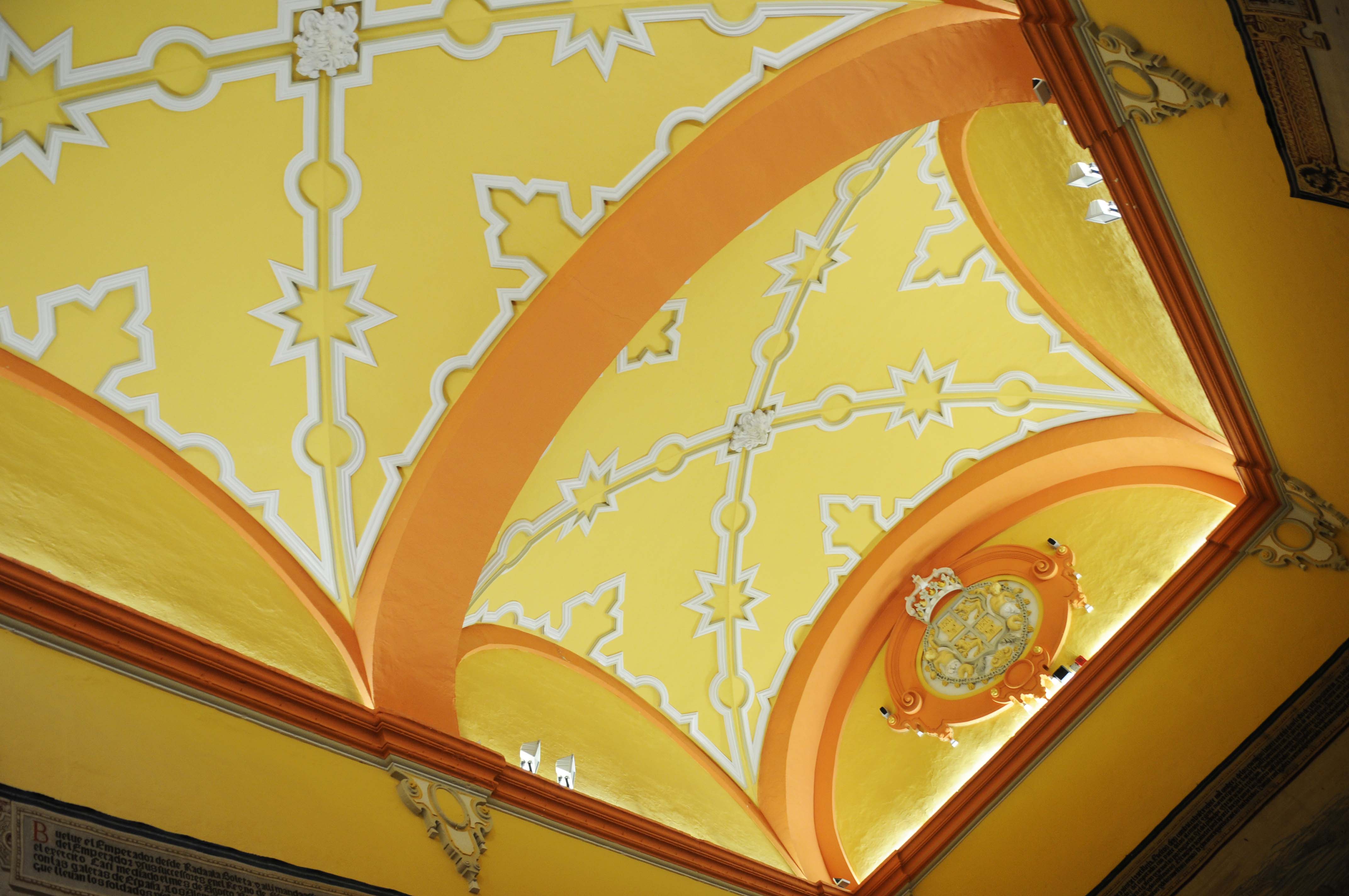 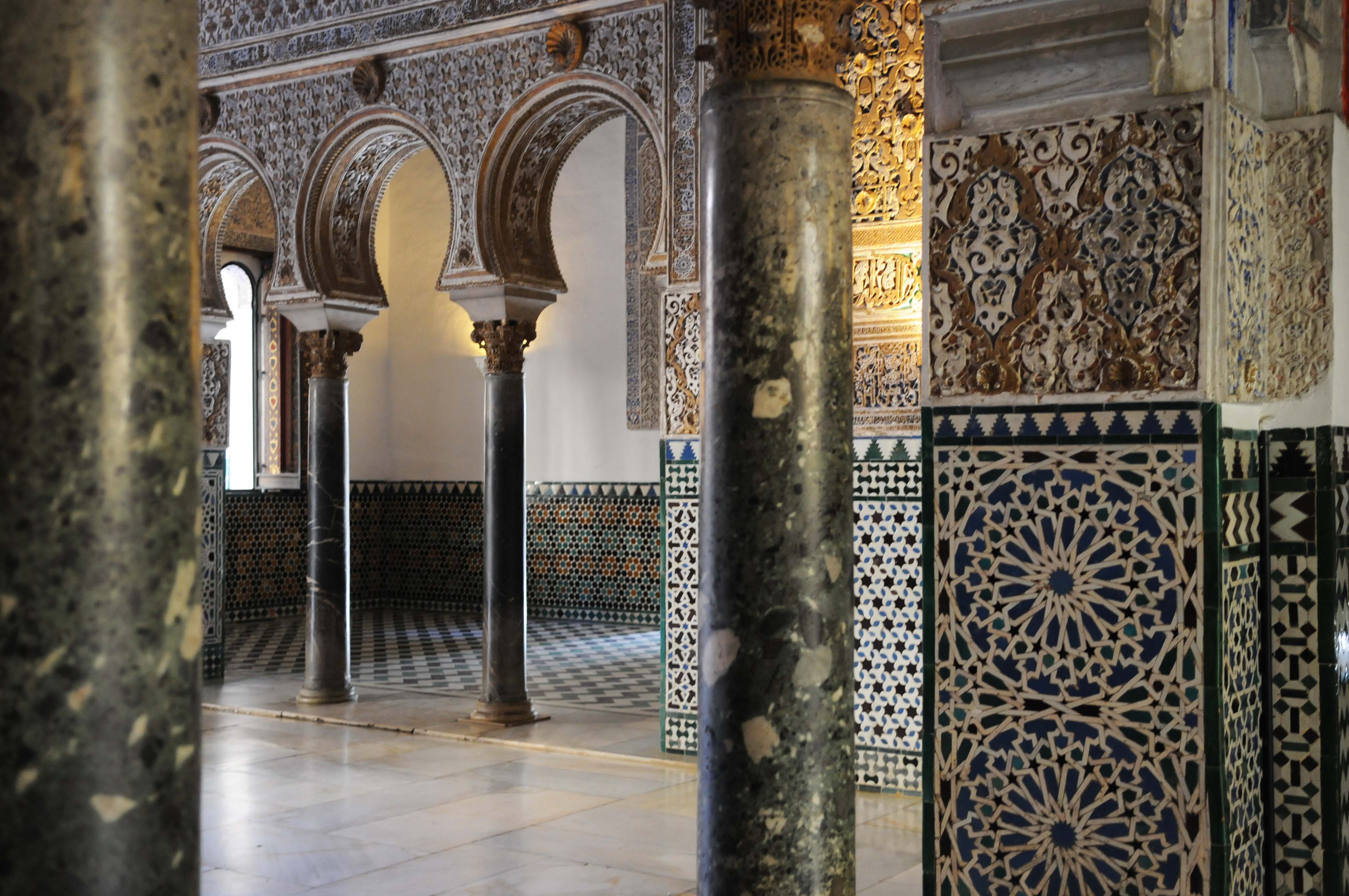 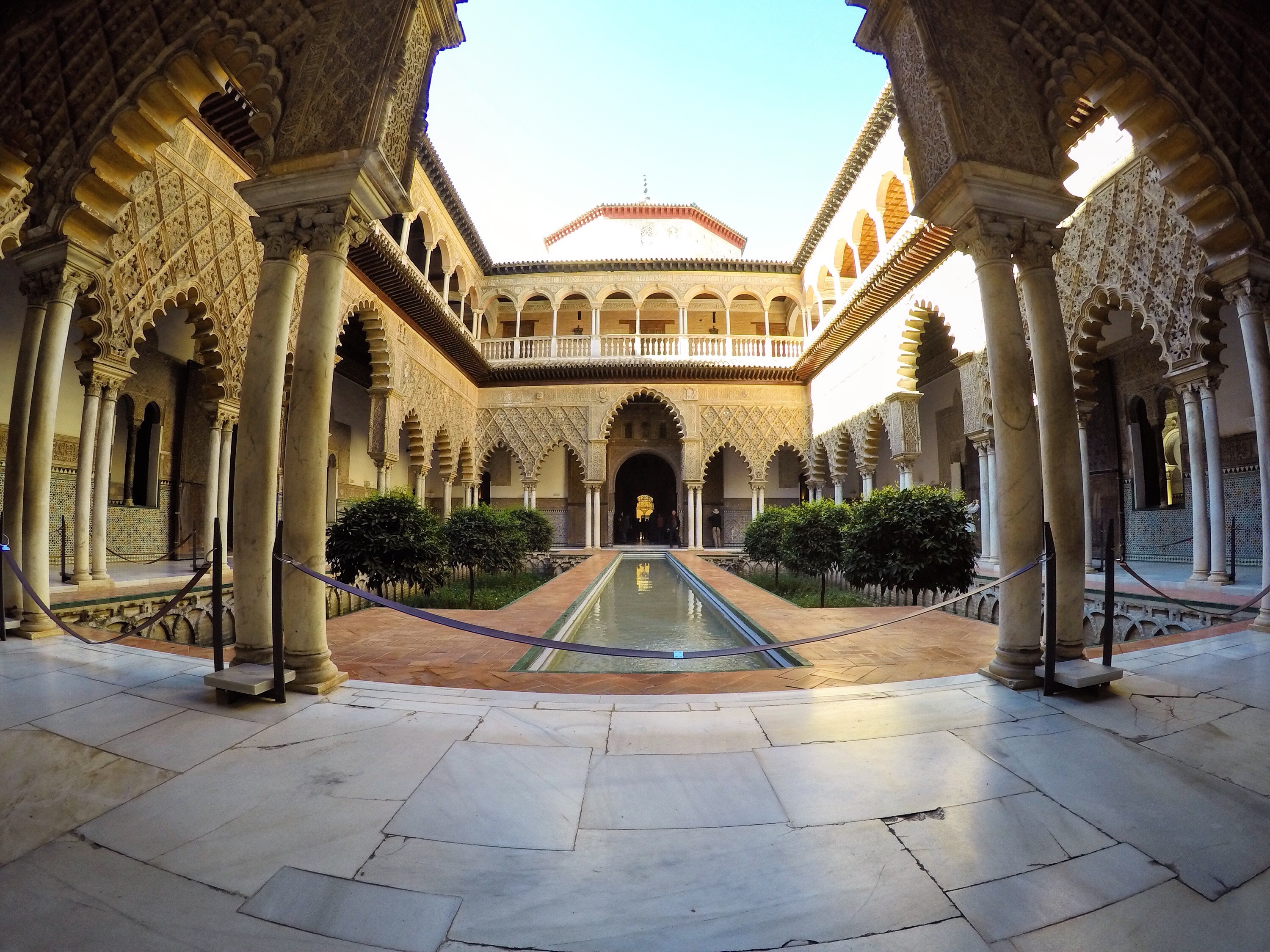 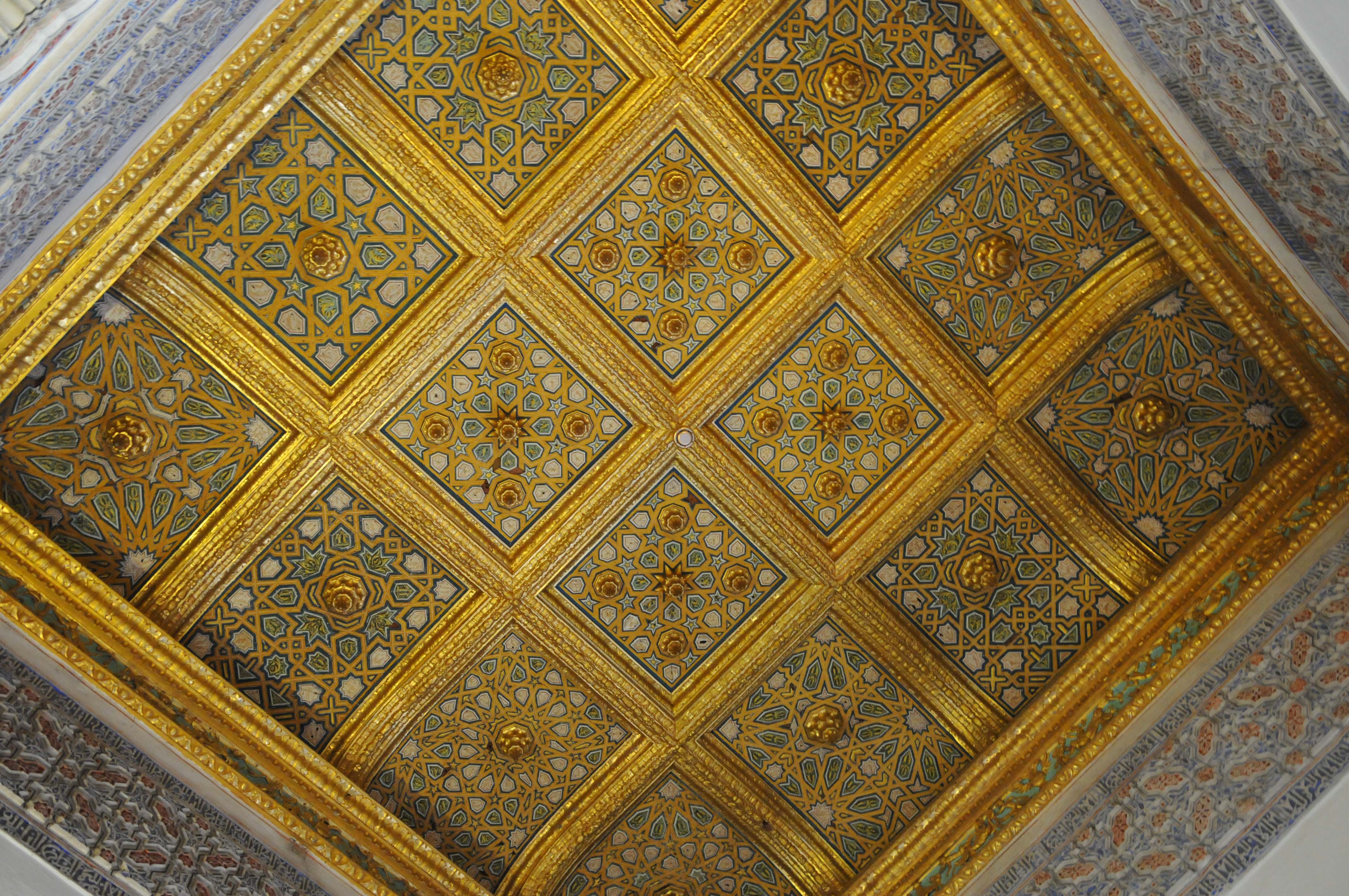 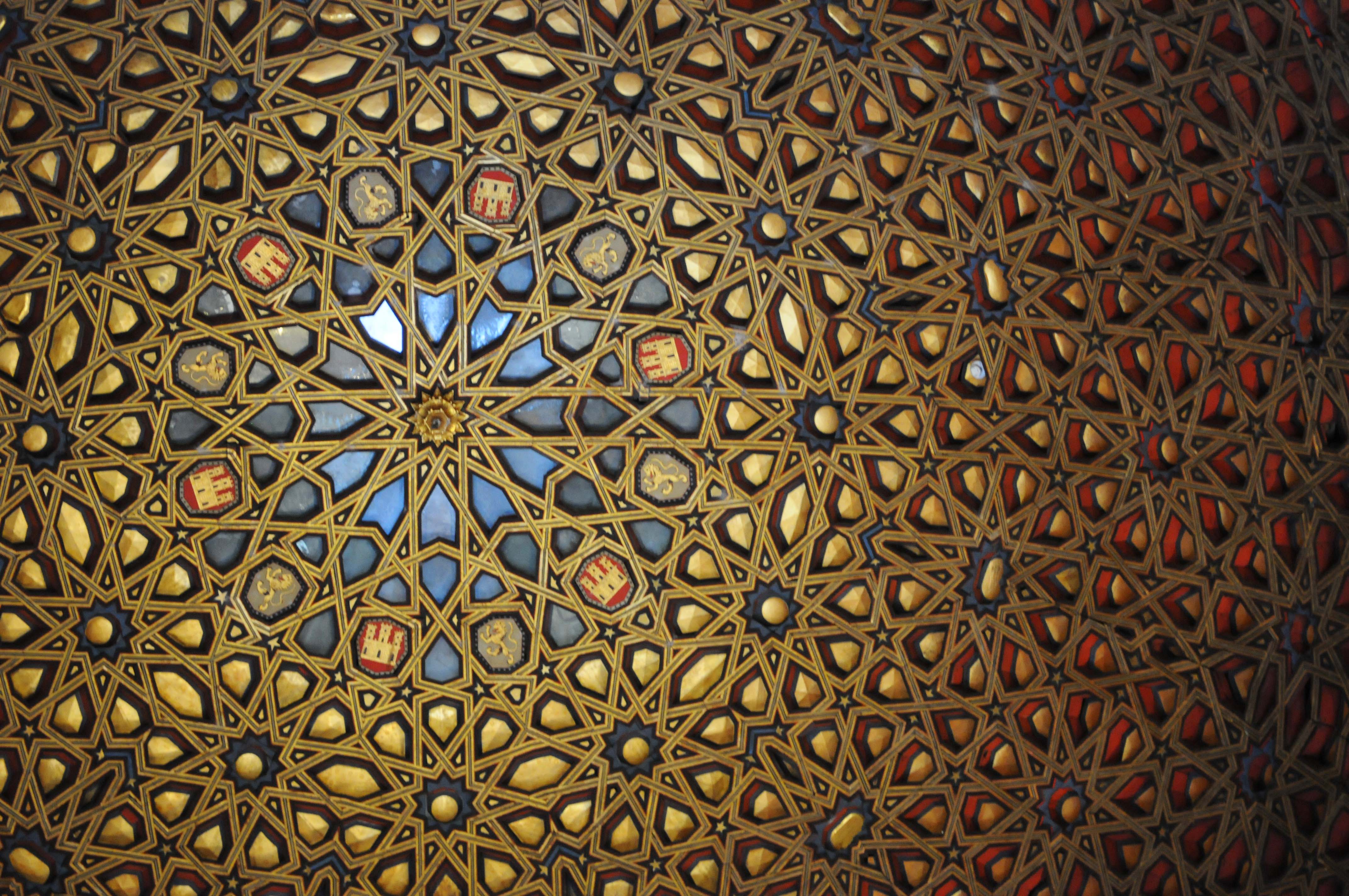 Moving outside, the gardens are a mass of palm trees, fountains and hidden grottos.  Visiting in March we may not have seen it in its true splendour, as the flowers had not yet started to bloom.  Although, you may be willing to give that up for pleasant temperatures and the freedom to move around freely.    You could literally spend hours wandering the gardens.  There are so many little gems around every corner. 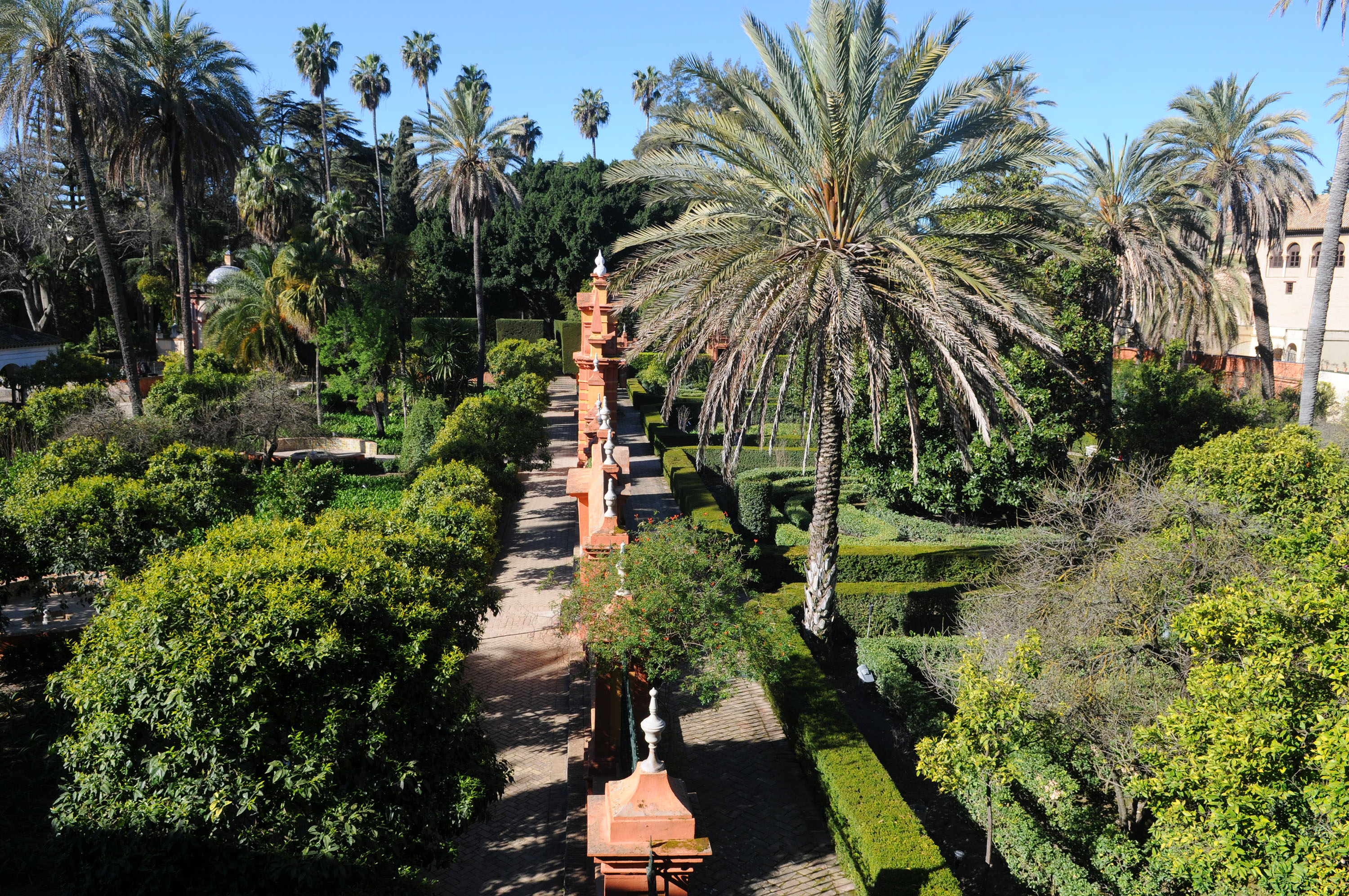 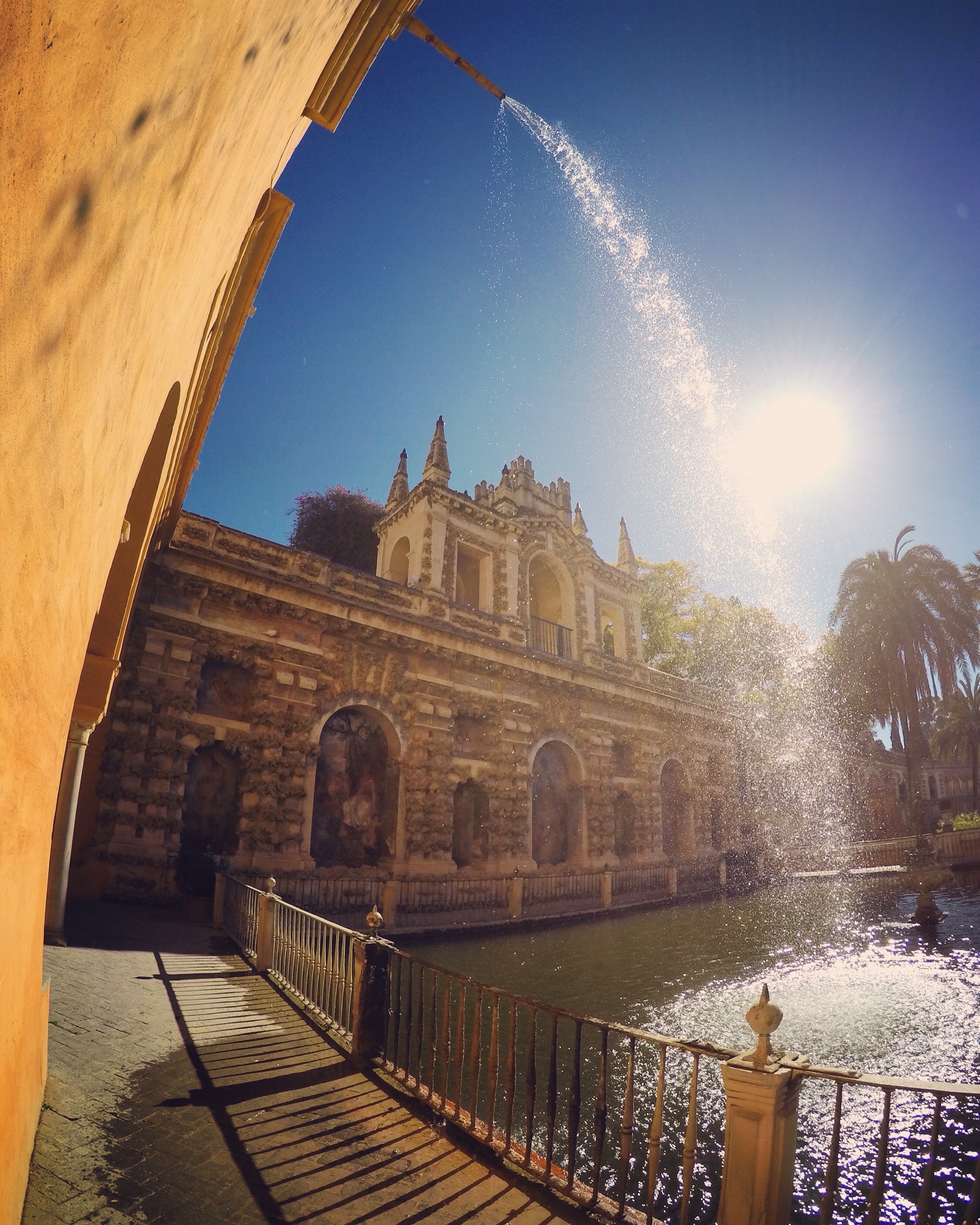 Next stop was the Metropol Parasol.  Apparently the best place to see the sunset in Seville!  A tricky one to find but well worth the effort.   Up close it really is the oddest looking structure.   Slapped in the middle of a square, with apartments surrounding it, I did wonder how the planning request went down with the residents.  🙂  After getting a giggle out of the local rollerblading lesson (for 4 years olds), that was taking place underneath the parasol, I was happy the locals were in acceptance of this crazy giant waffle.  We paid €3.00, took the lift to the roof where the view across the city was spectacular. 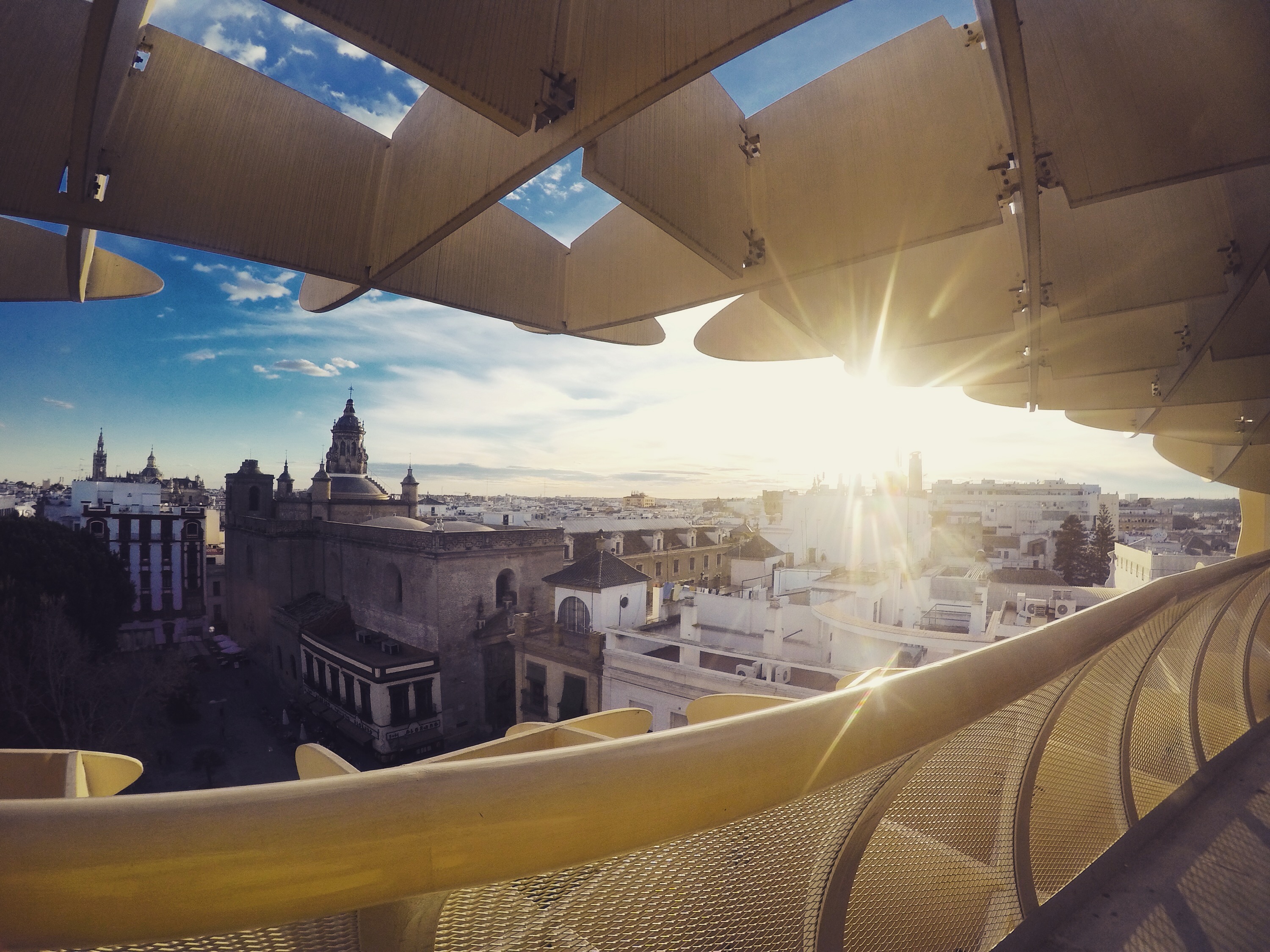 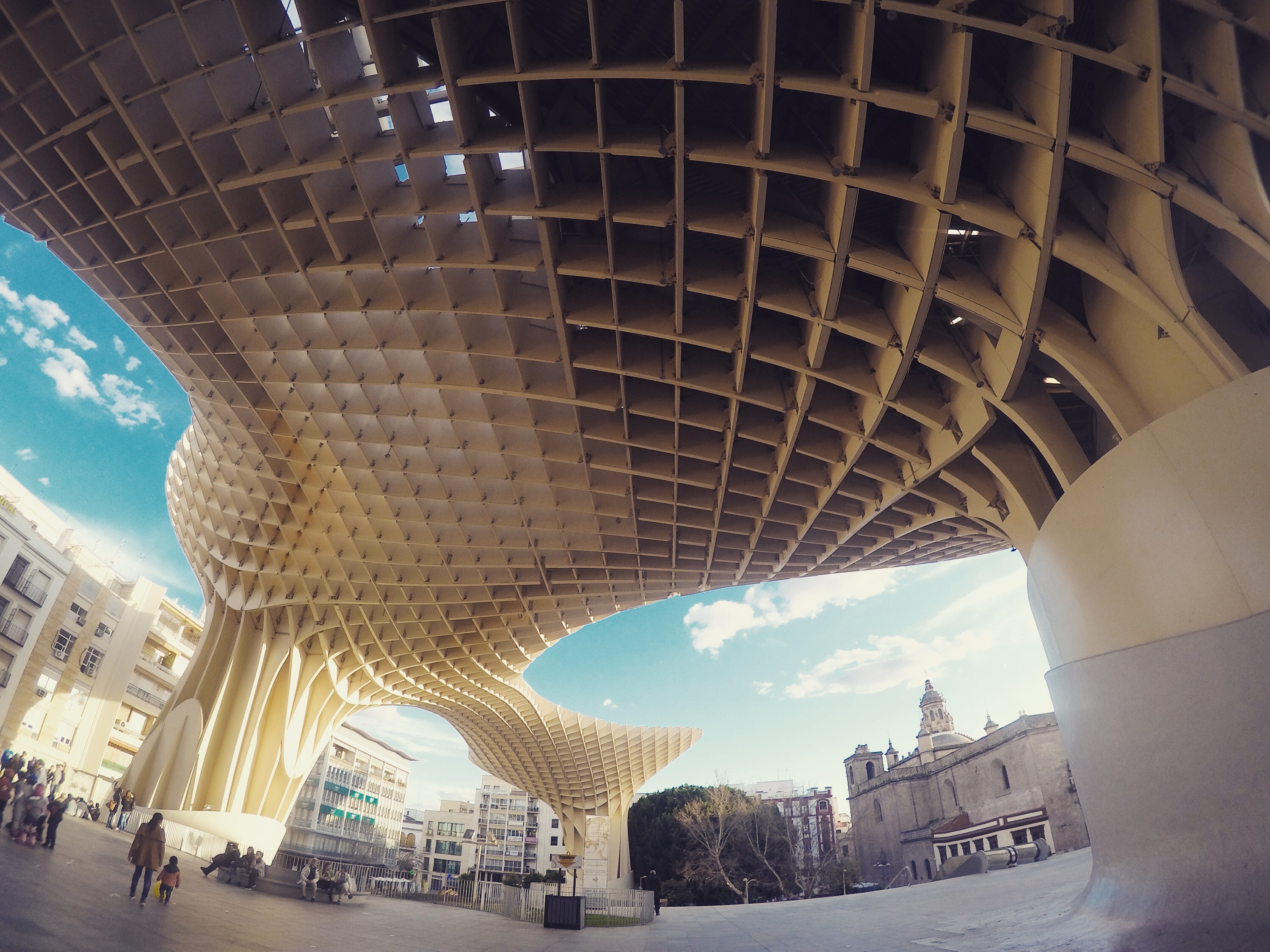 We never did make it to see the cathedral – each time we passed there was a queue longer than the building itself so we ended up exploring the streets and looking for a decent place to sample the tapas.  Seville by night is just as magical, beautifully lit and the streets are alive!

We skipped the bull ring after finding out they only did guided tours which may have taken more time than we were willing to give.  We did, however book a Flamenco show in the Casa de La Memoria.  There is a nightly show here, in a traditional setting. With only 5 performers and a small stage, it was an intimate event.   The dancers are very passionate and animated so it was a joy to watch! Photography is not allowed during the show but they do give a moment at the end to take a quick snap.  I would highly recommend going to see Flamenco as you can get wrapped up in a city without getting a sense for its true origins.

As for the city itself, It’s a refreshing change from your average city escape!  Wrapped in history and steeped in culture it truly is an experience !